Callum,
Many thanks for your letter – I am sorry it has taken me so long to reply.

The damage smoking and drinking does to our bodies and our country is huge, so I am glad to read you are concerned about it too. When I was 10 I had a Superman poster like the one in the envelope (see below) on my bedroom wall – it told me all I needed to know about smoking. Do you like the poster?

We know that roughly 4 out of every 20 adults in the UK smoke – that’s over 9 million people. Tobacco smoking causes an estimated 115,000 deaths in the UK per year. Around 10,000 of these deaths are due to “second hand smoke” – this is where people breath in the fumes from other people’s smoking. The smoking ban in public places means that most “second hand smoke” is now encountered in homes or sometimes in cars. Ask your family if they know someone who has died or been ill due to smoking.

Before the 2006 smoking ban, it was possible to smoke in buses, cafes, cinemas and trains – can you imagine how bad that would be! Think about all that second hand smoke! Ask older people in your family if they can remember what that was like and how their clothes smelled afterwards.

The Council does not have the power to stop the sale of tobacco, but it does have a duty to make people healthy and happier. On smoking, the plan is for over the next few years to educate young people about how silly it is to smoke. By 2034 the aim is to cut smoking to just 1 in 20 young people at the most. Do you think that’s enough?

Although almost everyone knows smoking is very bad for them, most think alcohol is not so bad – but it still does cause over 7,000 deaths per year! Because alcohol changes the way people think and act, it causes other problems too. It’s estimated that there are over 500,000 incidents of violent crime per year in the UK where the victim believes the offender to be under the influence of alcohol. Ask your family if they know about any of these crimes.

Even a small amount of alcohol is bad for you, that’s why pregnant women are asked not to drink as it may harm the baby. For people that do drink, doctors say they should have no more than 6 drinks per week and that these should be spread over a few days. Do you think people should drink alcohol if doctors say it’s not safe?

The Council can’t stop the sale of alcohol, but it can make sure the people who sell it follow certain rules. An important one is not selling it to children who are under 18 years old. In this envelope (see below) is a sign we gave to shops about this a week or two ago. What do you think about the sign?

Thanks again for your letter. I hope my answers have helped you at least a little. 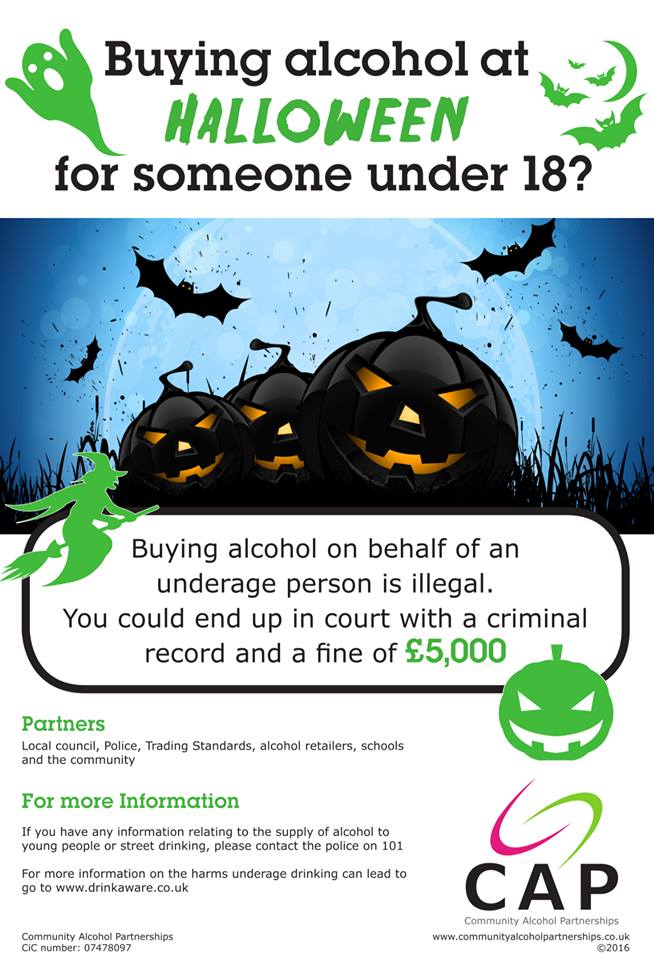