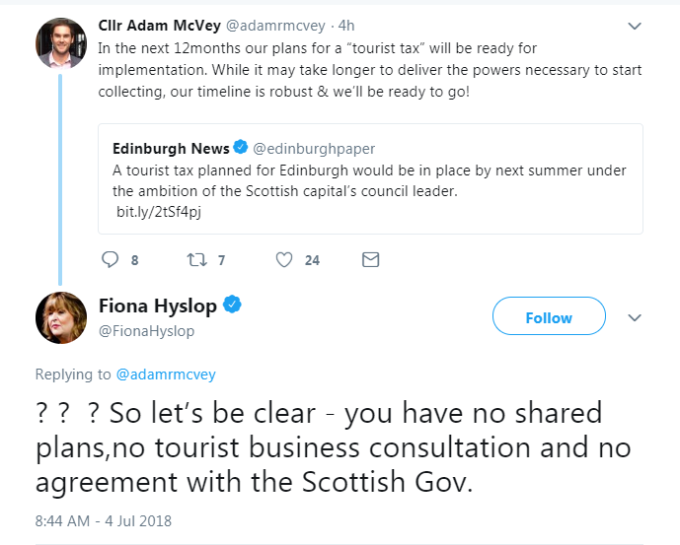 Councillor Graczyk should be congratulated for leaving the Conservative party in response to their sustained indifference to those living with disabilities in Edinburgh (report 04/07/18).

Just a few weeks ago the Joseph Rowntree Foundation published a report that detailed how 650,000 people with mental and physical health problems are officially destitute in the UK – that means being so poor, they can’t afford to heat their homes or have regular meals. Tory social security changes werefound to be a key cause.

Its reports like that which forced Councillor Graczyk to speak out. They question is why are Ruth Davidson MSP and Councillor Whyte, who leads Edinburgh’s downsized group of Tory Councillors, being so quiet?

It is not just the Tories who should be explaining themselves. In the past year we’ve see how Council cuts imposed by the SNP on Edinburgh have been felt by many residents in our capital living with a disability.

Indeed, I have a blind constituent who already must pay the Council to cut his grass. On top of that he’s now being asked to pay £25 to have the clippings collected.

To help mitigate these SNP cuts, the nationalist Councillors in Edinburgh have backed Labour’s call to give our capital the right to set a modest tourist tax on hotel stays.

After going cap in hand to his party’s elite, Edinburgh’s SNP Council Leader Adam McVey announced boldly on Twitter that “In the next 12 months our plans for a tourist tax will be ready for implementation”.

In the next 12months our plans for a “tourist tax” will be ready for implementation. While it may take longer to deliver the powers necessary to start collecting, our timeline is robust & we’ll be ready to go! https://t.co/Ic7RFfqjTu

However, a mere 32 minutes later Fiona Hyslop MSP (Cabinet Secretary for Tourism) slapped him down saying: “So let’s be clear – you have no shared plans, no tourist business consultation and no agreement with the Scottish Gov.”.

? ? ? So let’s be clear – you have no shared plans,no tourist business consultation and no agreement with the Scottish Gov.

It appears Edinburgh and Councillor McVey need to know their place!

I was left wondering if Councillor McVey should follow Councillor Graczyk and leave his party in order to stand up for the people of Edinburgh?