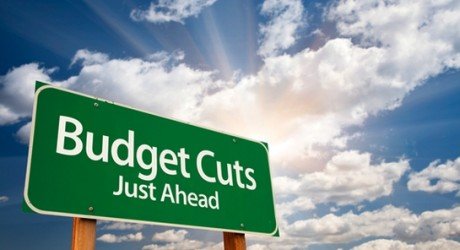 Listening to the SNP and the Green Party you would think that funding for the city is increasing. The truth is that recent announcements from the Scottish Government have reduced the level of cuts originally anticipated. But fewer cuts is not the same as an increased amount of funding.

Between 2013 and 2017 the funding from Westminster to Holyrood reduced by 1.6% but the funding from the SNP Scottish Government to local government reduced by 6.9%. Subsequent cuts to local services have affected the lives of all of us. For example in Edinburgh at the end of January we had 1791 people waiting to be assessed for social care, and 766 people whose assessment has been carried out but who are still waiting for a care package to be put in place. A backlog of 8,699 hours a week of care remains to be provided due to the failure of current arrangements. In addition 233 people are delayed in hospital. Lack of pavement maintenance creates hazards especially for the less mobile among us.

In 2016 the SNP fought an election opposing Labour’s plan to use Scotland’s revenue raising powers progressively. Edinburgh Labour therefore welcomes the fact that this year the SNP Government, after have their hand forced by the Greens, has finally decided to use Holyrood’s powers. However the SNP has not gone far enough and our capital is facing a 3.6% real terms cut in its budget this year.

Nonetheless, Edinburgh Labour has fought to deliver its manifesto commitments. In particular we have secured additional funding for social care, homelessness and have reversed a proposed cut to public library opening hours. We have championed the increase in school uniform grants and the provision of school meals during holidays, which will help many of the very poorest families in the city facing the impacts of austerity.

But this is still a budget settlement that reduces overall funding to the Council. Cuts have still had to be made and a 3% rise in Council Tax is needed to reduce the impact of funding shortfalls .

Scottish Labour’s budget proposals would have increased funding to local government by using Holyrood’s revenue raising powers, reforming Council Tax and giving Edinburgh the power to introduce a “tourist tax” of 1% on hotel stays. This and other powers such as a being able to introduce a workplace parking levy would have given our Capital the funding it needs to help ensure every citizen can reach their full potential.