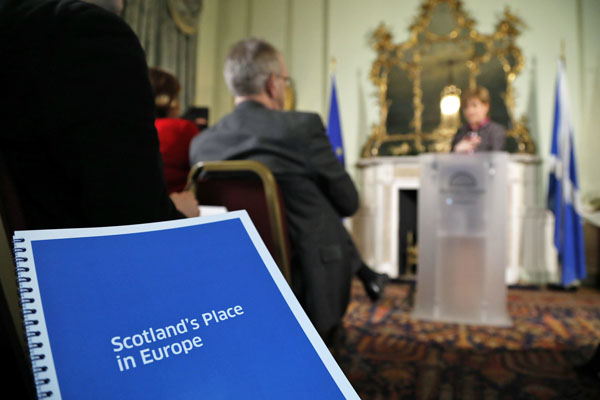 Yet again Nicola Sturgeon is trying to represent the Brexit vote as a choice between “hard Brexit” and some sort of nationalist nirvana. Of course, the reality is somewhat different – Scots are being ground between two competing elites obsessed with their brand of nationalism.

Although their politics are dissimilar, both the SNP and Tory brexiteers are fighting for different forms of independence at any cost using turbo-charged nationalist rhetoric. Like Trump, both are intent on blaming others for the problems they face. Both assume the moral high ground.  Both will destroy public services and hold back a generation to reach their hollow ideological goal.

If Nicola Sturgeon wants Scotland to choose between the UK and the EU, she needs to start being honest. We’d be leaving the UK, our biggest trading partner by a mile, to be left outside the EU for an indefinite period of time. Yes, we could apply to join the  EU but what would the conditions of membership be? The Euro? Schengen?

It’s time Nicola Sturgeon started putting Scotland first and back those from all parties working to maintain Scotland’s position in the UK and protect access to the EU markets.